Canada being one of the most popular destinations for immigrants and international students from around the globe, is one of the most culturally and racially diversified countries to live in.

Most Canadian cities and towns have a lot of different ethnic groups living in them, this is because the Canadian immigration system is designed to bring in immigrants, especially international students from all over the world. These immigrants are widely dispersed all over the human habited geographical area of Canada, such that you can hardly get to any city or town without finding a lot of immigrants living there.

One other reason responsible for the growing population of immigrants in Canada is that Canadians are warm and friendly people and are very welcoming of immigrants and international students.

The ranking is based on key indicators such as affordability, quality of life, and economic opportunities for students.

Regina, Saskatchewan
Regina is the capital city of the Canadian province of Saskatchewan and the second-largest in the province, after Saskatoon. It is the commercial centre of southern Saskatchewan.

The city is situated on a broad, flat, treeless plain and it has an abundance of parks and green spaces. Regina is rich in culture and it’s one of the fast-growing major cities in Canada.

Winnipeg, Manitoba
The second-best university city after Regina is Winnipeg.
Winnipeg, named after the nearby Lake Winnipeg, is the capital and largest city of the province of Manitoba. In 2021, Winnipeg had a city population of 749,607 and a metropolitan population of 834,678, making it the sixth-largest city, and eighth-largest metropolitan area in Canada.

London, Ontario
London is a city in southwestern Ontario, Canada, along the Quebec City–Windsor Corridor. In 2021, the city had a population of 422,324 and a metropolitan population of 543,551. The city is named after London, England and they both have River Thames.

London has a number of parks with Victoria Park, downtown London, being a major community centre for events. Victoria Park attracts about 1 million visitors per year. The city also maintains a number of gardens and conservatories.

The economy of Prince George is dominated by service industries, education, forestry, chemical plants, and an oil refinery, etc.

Prince George offers a low cost of living. The average house price and rent in the city are consistently lower than in many other cities across Canada. With its great public transportation system, it’s a 15-minute drive to anywhere within the city.

Rouyn-Noranda, Québec
Rouyn-Noranda is a city on Osisko Lake in the Abitibi-Témiscamingue region of Quebec, Canada. As of 2016, the city had a population of 42,334.

Rouyn-Noranda,the urban heart of Abitibi-Témiscamingue is filled with public art. The city also has a lot of history and culture. The downtown is surrounded by pristine lakes, hills, and forests. The city is served by the Rouyn-Noranda Airport and has a public transit system serving the main urban area.

These are some of the best university towns and cities in Canada. The full list is available on Preply.com 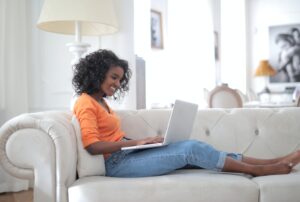